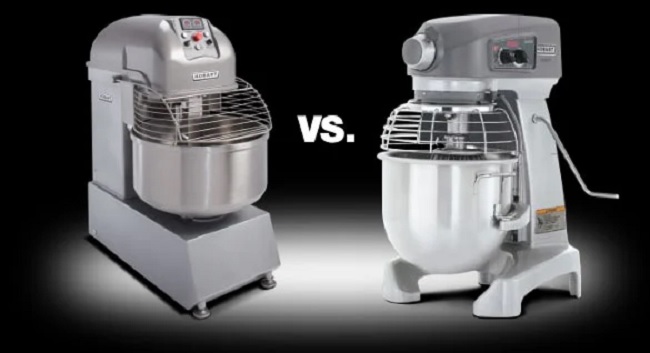 As the name suggests, a planetary mixer functions with its agitator moving around the stable, yet removable bowl, in the same manner how the planet orbits the sun. These mixers have been considerably versatile. It would be worth mentioning here that planetary mixers could be used for a wide variety of preparation tasks ranging from kneading lighter dough, mashing potatoes, and whipping cream. The major reason is that, unlike spiral mixers, you would be spoilt for a choice of agitators with the planetary mixers.

Usually, such mixers comprise the following –

How would you choose a planetary mixer?

Planetary mixers would be chosen by their bowl capacities. If you have a powerful motor, you would have a larger bowl along with it. Rest assured that choosing a planetary mixer has been the foremost choice of any busy kitchen that focuses on various applications.

A spiral mixer owes its name due to the shape of its agitator. A majority of them would come equipped with a single, but immensely strong, spiral hook. Such mixers have been specifically designed for dough. They would not be deemed suitable for other tasks. It would be pertinent to mention here that, unlike planetary mixers, the spiral hook would turn clockwise, while the bowl rotates anti-clockwise. The spiral mixers tend to have powerful motors. These come equipped with a dual rotation method, which enables them to power through the stiffest of dough mixtures. It would be vital for the production of bread-based products in different volumes.

Due to the mixing stage determining the texture of the bread, you would be required to get the consistency right. The spiral mixer would blend the bread dough firmly and gently. It enables the dough to develop without being overworked.

Almost every kitchen could use a compact countertop mixer. If you have a small kitchen, consider purchasing a good countertop model for all kinds of blending and mixing needs. For a larger kitchen, despite you using a spiral or planetary mixer, consider owning a countertop mixer as well.

Countertop mixers work on the planetary system where the bowl remains static while the chosen accessory spins. Most of the better countertop mixers have a pleasant appearance as well. They could be placed in open kitchens for serious home cooking needs without hampering the look of your kitchen.

Previous post Why scaffolding makes contract work so much easier. 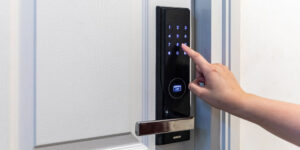 Is it safe to say that one is thinking about redesigning the kitchen? Before focusing on an arrangement, read these...

Kitchen appliances are not only functional, but are fashionable too and can enhance your kitchen interiors. You can pick the...

If you are on the market to buy a new fridge, ensure it is the right match for your lifestyle...

More homeowners are keen on having an outdoor cooking and BBQ space, and it makes sense, considering that modern homes...

If you are remodeling your kitchen, there are a bunch of aspects to consider. Replacing the countertops is a serious...

Unless you have brand new countertops, you may want to carry out a kitchen remodeling. For many years, marble has...